What's in Store for the 2.6.0 Update (Notification)

Today, version 2.6.0 of the Fire Emblem Heroes game was released!

Accessories for Heroes' mini units have been added! These accessories can be seen by other players in the Arena, so you can customize the look of your Heroes and show them off.

Accessories are planned to be available through events, quests, and more.

Note: Accessories will not alter a Hero's stats or skills.

■ Weapon Skills and the Weapon Refinery

The following Heroes will be able to learn these new unit-specific weapon skills at 5★:

Note: Breath of Fog can be upgraded in the Weapon Refinery after it has been obtained.

The following weapon skills can now be strengthened with Arena Medals and Divine Dew for added effects.

Starting in version 2.6.0, each function in the Allies menu has been separated into related categories. 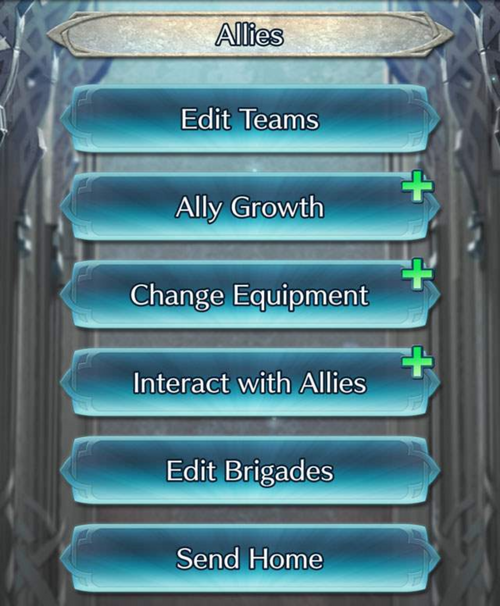 Additionally, Catalog of Heroes and Hero Merit List, which were previously located under Misc., will now be located in Interact with Allies.

An Auto-Learn function has been added and in located in Learn Skills. 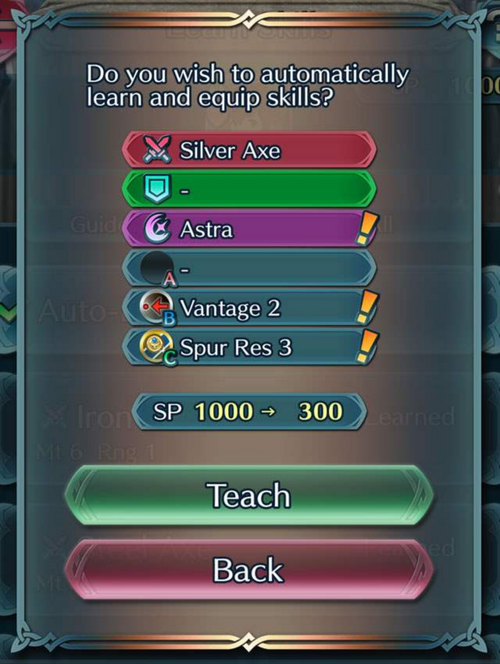 The Auto-Learn function allows Heroes to use their accumulated SP to automatically learn available skills. If the Hero doesn't have enough SP to learn all the skills available to them, skills that fill empty slots will be learned first.

There are now eight types of favorite marks to use on your Heroes. 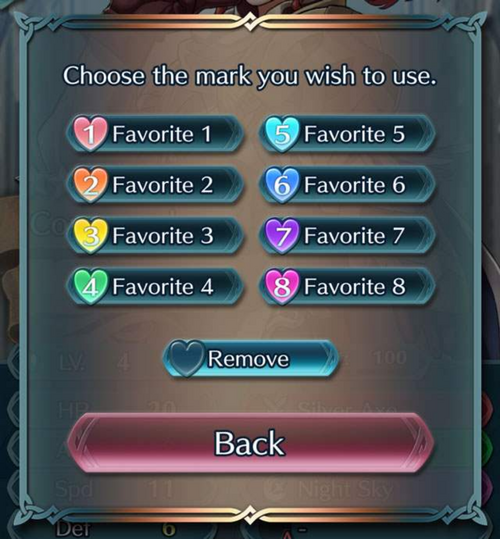 In the top left of menus where you select allies, if you tap the favorite mark (heart icon), you can reorder you Heroes based on the mark you choose. (Sorting simply by favorite will no longer be possible.) 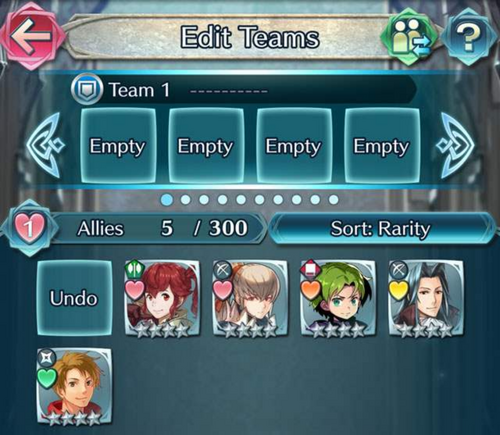 Heroes can now be sorted by accessory.

The way scoring works in Arena Assault is changing.

If Legendary Heroes or Heroes with blessings that match the season are deployed, the score will increase by 1 for each Hero.

To coincide with this change, the season starting on 2018-06-12T03:00:00Z will offer slightly more Hero Feathers for Rank Rewards.

To make strengthening your Heroes easier, the following changes have been made:

To make the function of each option clearer, labels have been added. This way the Home screen will be easier to understand for new players. 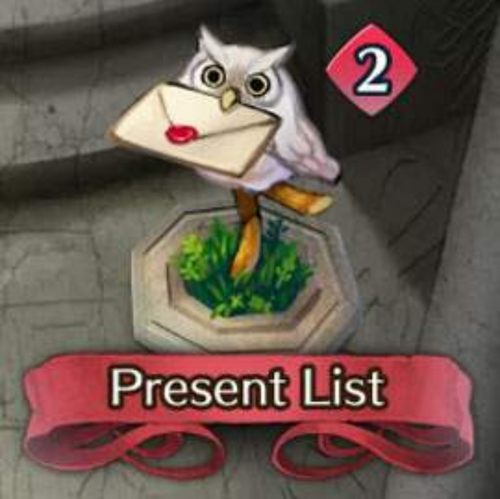 That's it for the upcoming update!