What's in Store for the 2.0.0 Update (Notification) 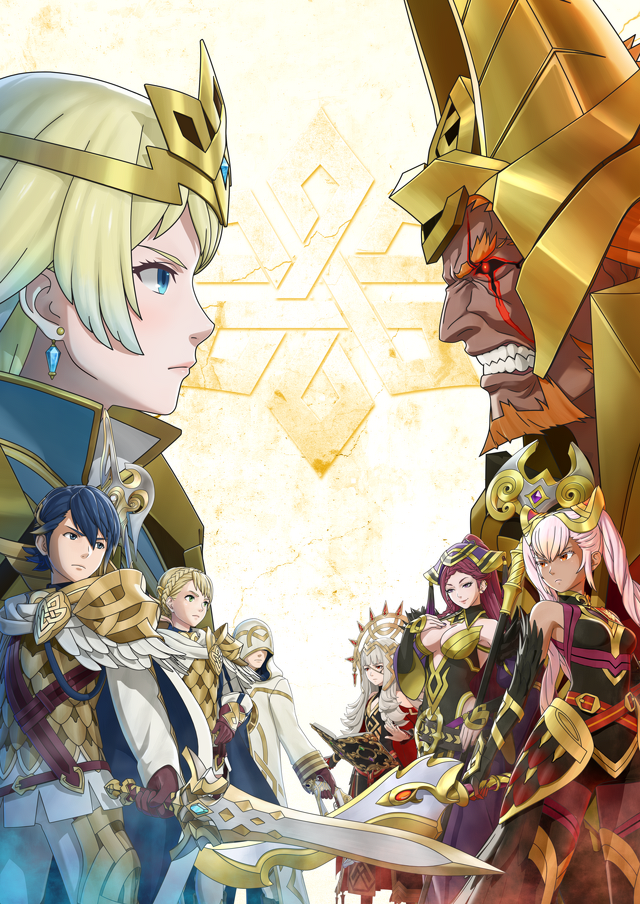 Get ready to dive into a new world of content with the Fire Emblem Heroes game, update version 2.0.0!

Also, with a Log-In Bonus to celebrate the release of ver. 2.0.0, you can receive Orbs

We hope you continue to enjoy Fire Emblem Heroes.

■ Book II of the Story Has Begun

Cloaked in flame, he crosses the sea—unquenchable, insatiable, undying flame.

Stars become cinders, and the moon falls from the sky.

The saga of the Fire Emblem Heroes game proceeds to the next chapter...

Get Fjorm: Princess of Ice by clearing Chapter 1: Part 5 of Book II.

Chapters will continue to be added, so work together with the other members of the Order of Heroes and proceed through the tale!

Those who have not yet completed Book I can still access Book II, so we suggest that any players who haven't cleared Book I yet obtain Fjorm right away and then proceed with the story of Book I.

■ Legendary Heroes and Blessings Have Been Added

Legendary Heroes—Heroes with new abilities—have been added. The first Legendary Hero is Fjorm: Princess of Ice, who can be obtained in the main story.

Legendary Heroes have one of four legendary elements, including Water, Wind, Earth, and Fire, that resonate with the corresponding Blessing to give Heroes strength.

When you make a Legendary Hero into an ally, you will also obtain a Blessing item that corresponds with the Legendary Hero's element—one of four possibilities. 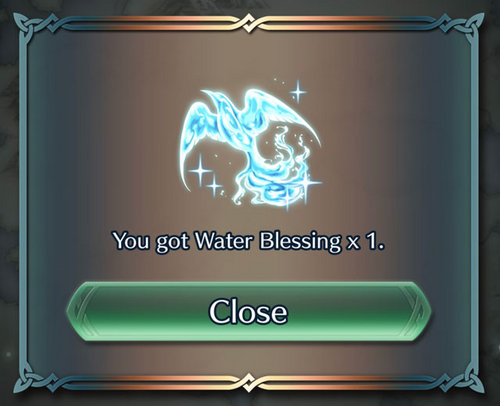 Here's a list of the benefits given to a Hero with this item:

Example: During the Water season, a Hero with a Water blessing deployed with Fjorm: Princess of Ice will get HP+3 and Spd+3. 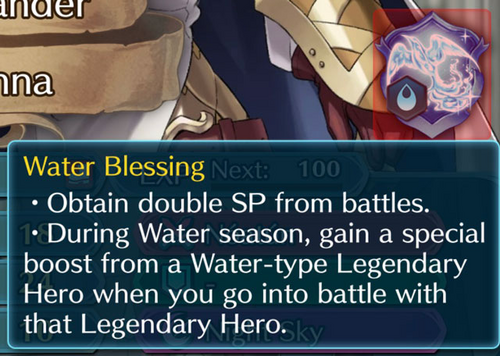 Each season will feature two of the four elements: Water, Wind, Earth, and Fire. Seasons will change at the same time as Arena seasons.

The current season is displayed on the upper-left corner of the menu.

Fjorm: Princess of Ice will be available from November 27, 2017 at 7:00 AM UTC and will also be part of a Legendary Hero summoning event.

■ Level Up Your Skills with the Weapon Refinery

Strengthen the weapon skills of your Heroes!

After clearing Chapter 13, Diabolical Bloodline, in the main story and then clearing the Intermission chapter The Rite of Blades, Weapon Refinery can be found under Advanced Growth. 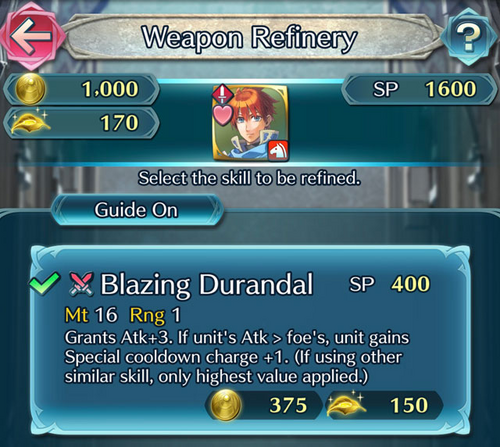 Also, some weapons can be strengthened with special effects, such as increasing a Hero's stats or other abilities.

You will be able to get Arena Medals

from events, quests, and the Arena, so play a lot of different modes and do quests and events if you want to strengthen your favorite Hero.

Important Information about the Weapon Refinery 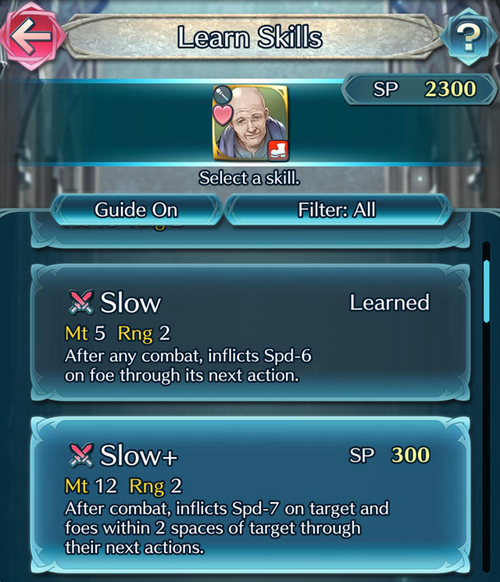 ■ Cooldown Lowered on Some Special Skills

To make a broader range of Special skills more useful to players, some Special cooldowns have been lowered by 1.

■ Arena Scores Have Been Adjusted

■ Arena Assault Rankings Have Been Adjusted

The number of players who receive high-level rewards has increased.

Starting from the season beginning November 28, 2017 at 7:00 AM UTC, the following changes will be made:

■ Rewards for My Nintendo Have Been Added

have been added to My Nintendo rewards. Redeem 100 My Nintendo Platinum Points for 2,000 Hero Feathers, up to five times. (Note: You must be a My Nintendo member to redeem points and obtain these rewards.) 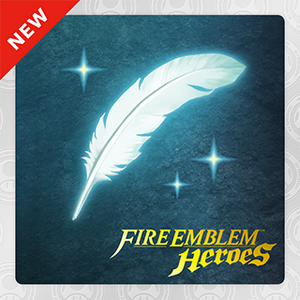 For some devices running iOS, the detailed explanations that appear when you tap on a Hero's name or a skill icon currently do not display properly. If this occurs, please check for explanations on the Hero's detailed profile page instead. We're working on this, and appreciate your patience until it's resolved.

That's all for the ver. 2.0.0 update! We appreciate your continued support of Fire Emblem Heroes.