What's in Store for the 1.6.0 Update (Notification)

Starting with the Summoning Focus: Cecilia and Lilina's Battle event beginning August 7, 2017 at 7:00 AM UTC, all summoning events will allow players to perform their first summon without having to use any Orbs 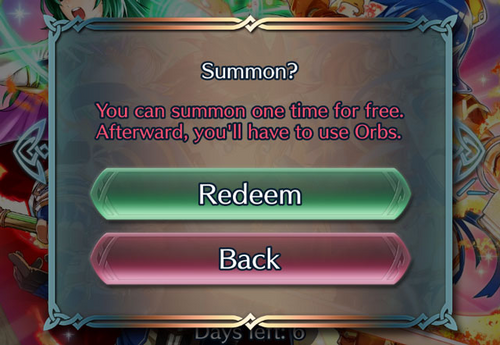 Make sure to check out all the new summoning events as they arrive. You might meet a surprising new Hero!

Starting at the same time, the initial appearance rates for 3

Heroes will be swapped. The initial rates will be 58% for a 4

Heroes are becoming easier to get, you can strengthen your army with Inherit Skill and Unlock Potential!

A new function called Catalog of Heroes will be added. You can view the dialogue played when Heroes are summoned, their 5

/Level 40 conversation, and more, whenever you want. 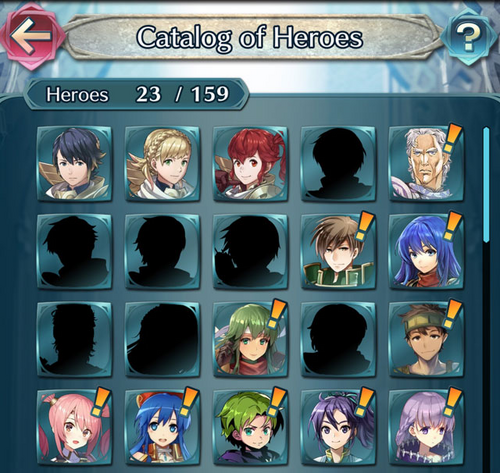 Catalog of Heroes will only begin to track silhouettes of Heroes you've met starting from the 1.6.0 update.

For only the boldest of Heroes, here comes Arena Assault!

This new Arena mode has a new rule: It will not end until either all of your Heroes are annihilated or you win seven battles in a row.

Also, once you deploy a Hero, you cannot use them again until you've made it to the end of the Arena...or a game over screen.

Fortunately, there are special items to support you as you battle.

Just like in normal Arena Battles, seasons are one week long. There are no Bonus Allies, which means everyone can bring out their strongest teams. And Arena Assault doesn't cost stamina, so you can keep on playing as much as you'd like.

EXP, SP, and Hero Merit can only be earned once each day in Arena Assault.

If you are looking for more info, a more detailed post is coming soon!

To make Tempest Trials easier to play, balance adjustments will be made and new functions will be added. These changes will take place on August 11, 2017 at 7:00 AM UTC—starting with the next event, Tempest Trials: Reunited at Last.

1. Each day, you can triple your score the first two times you play Tempest Trials.

2. Bonus Allies will not only raise your score—their abilities will be boosted, too. When you use Bonus Allies in Tempest Trials, they will receive HP+10, Atk/Spd/Def/Res+4, and double EXP and SP.

3. Continuous Auto: Turn this on (in Settings) and your team will battle automatically until they win...or everyone on your team is defeated.

Also, in the team organization screens of Tempest Trials, Chain Challenge, Squad Assault and Arena Assault, a function for creating, managing and using reserve teams will be added.