What's in Store for the 1.3.0 Update (Notification)

Here's an update from the Fire Emblem Heroes development team:

■ Update to the Arena

The rules for the Arena have been revised with the goal of making it easier to battle players and get rewards.

as a reward for their rank. However, starting with ver. 1.3.0, players will receive rewards based on a tier system.

Also, in Tier 4 and up, players can receive Orbs

in addition to Hero Feathers

. With this update, not only will all participants receive a reward, but the higher the rank a player gets, the better the rewards they get as they advance through the tiers.

2. At the end of the season, players will be promoted or demoted through the tiers according to their rank.

Until now, promotion was based on the high score each player achieved. However, starting with ver. 1.3.0, Arena placement will be based on a player's ranking within their own tier.

Also, for Tier 8 and above, it is now possible to be demoted.

The individual rank that determines whether a player is promoted or demoted will be based on the number of participants. 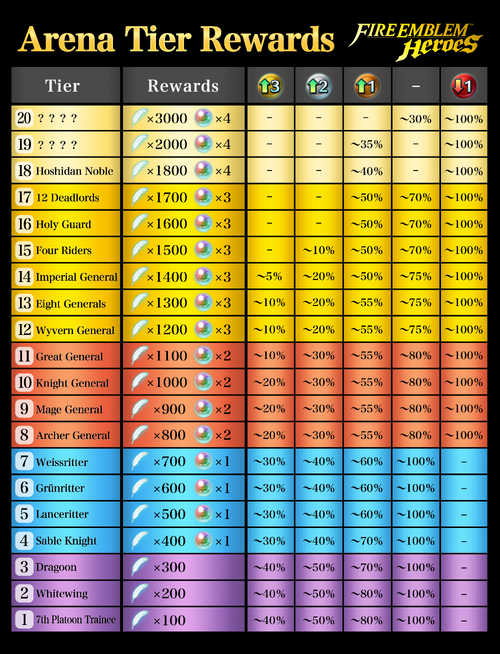 3. After this rule change, players will start from their current tier.

The Arena will open with these new rules starting on May 9, 2017 at 7:00 AM UTC. Players will begin from the tier they made it to prior to this point.

We expect fierce battles to be fought over positions in the highest tiers but hope that everyone will continue to bravely fight on!

That's right—if a Bonus Hero is a part of a successful defense, the defense score will be doubled.

5. New maps have been added to the Arena. 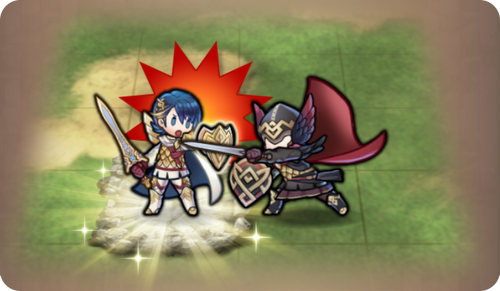 The way the Voting Gauntlet works will change: there will be a limited-time boost for the army fighting at a disadvantage.

In the Voting Gauntlet, if your army is at a disadvantage, the number added to the score when you vote will be multiplied by 3 for a limited time.

This boost will not only affect the total score of the army that's at a disadvantage but also each player's total personal score.

Take note: when the armies are at equal strength, neither army will receive a boost.

The levels of enemies appearing in the Eighth and Ninth Strata of the Training Tower have been adjusted. The maps that will appear have also been changed.

When Fire Emblem Heroes is launched, gameplay tips will appear on the loading screen.

Units can now be sorted by Hero Merit and SP.

That's all for the ver. 1.3.0 update. We hope you continue to enjoy Fire Emblem Heroes!