During battle, each Hero will earn Hero Merit. 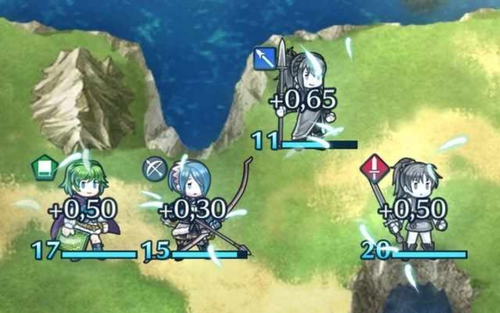 . After your Heroes earn enough HM, visit the Home screen and they'll give you Hero Feathers

You can earn a maximum 2,000 HM points with a Hero. This means that each Hero can earn a total of 2,000 Hero Feathers. (Duplicate Heroes are treated as one Hero for this purpose.)

You can check the amount of Hero Merit a Hero currently has on the Hero's status screen.

Since duplicate Heroes will share Hero Merit, if two of the same Hero fight in the same battle, their earned Hero Merit is pooled.

Additionally, as Heroes get stronger and battle stronger enemies, the amount they earn will increase.

You'll be able to change the starting position of your characters prior to the start of combat. Tap the Swap Spaces button in the menu at the bottom of the screen to make your changes. You can continue to swap spaces as much as you like until a character completes an action in battle. 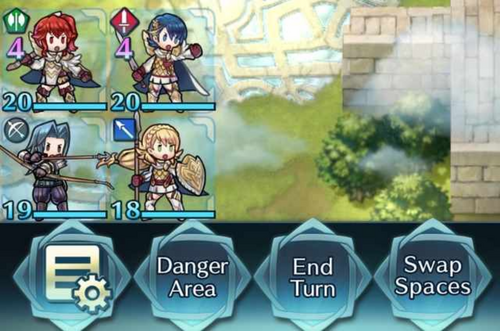 At the start of battle 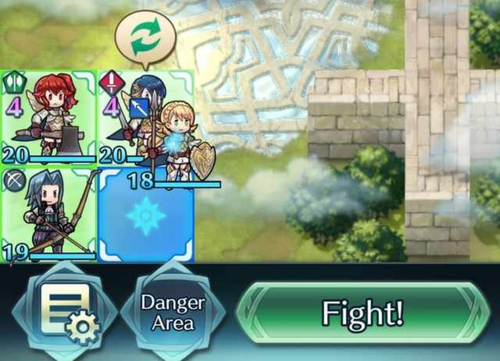 You can automatically start every battle with the option to change your party's positions using Swap Spaces by going to Settings and selecting Swap Spaces under Starting a Map.

A new feature that lets you equip with Sacred Seals will become available.

Sacred Seals can be obtained from special quests You can equip Sacred Seals by selecting Allies and then Equip Seals. These Sacred Seals are equipped to Skill Slot S.

You cannot have more than one of the same Sacred Seal. Any duplicates will be converted into Hero Feathers

We plan to release new Sacred Seals gradually after this update is released.

• Adjustments to Arena Scores and Matchmaking

Matchmaking conditions will be changed to help better match players with Arena opponents of similar strength.

Additionally, this will also slightly increase the score you can obtain on all difficulty settings.

• Bonus Character Descriptions in the Arena

When you tap on a Bonus Character in the Arena, a description of that character will appear.

Once the in-game notifications have displayed once, they will not automatically appear again until the following day.

or Less Will Earn More EXP

The amount of EXP earned by 1

Heroes will increase in battles against enemies with a lower level than the Hero. This change will make it so that it will be easier to level up by defeating lower-level enemies.

The maximum amount of EXP that can be earned in a single battle has not changed.

This adjustment is effective only up to level 39.

The maximum amount of stamina will increase to 99. That also means that when you restore stamina using an Orb

or a Stamina Potion

A Complete Purchase button will be added to the title screen menu and the Shop menu.

Select this option to complete an Orb

purchase when the purchase process was not completed due to a communications error.

The previously announced Defensive Battle and Reinforcements maps are planned to be added during the second half of April. Thanks for your patience!

That's all for now! We appreciate your continued support of Fire Emblem Heroes.