See below for useful information about this week's Coliseum.

Inflicts Def/Res-3 on foes within 3 spaces
of your captain during combat.

【Pathfinder】
When an ally moves through unit's space, that
space is counted as 0 spaces moved instead of
1 space. (Unit's space can be freely added to
ally's normal movement. Applies only to allies
with movement types that allow movement
through unit's space.)

Rallying Cry
At start of turns 2-5, grants Atk/Spd/Def/Res+6
to captain and allies within 2 spaces of captain
for 1 turn.

Storm of Blows
Neutralizes bonuses of captain's foes during
combat. Captain and allies within 2 spaces of

Allegiance Battles will not be held during the active period. 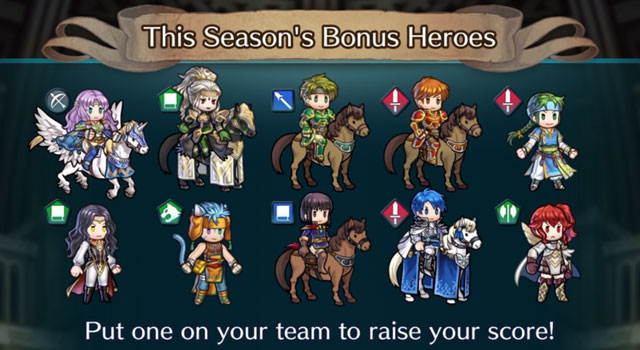 Arena Assault+ will not be held during the active period.