Tempest Trials+...Coming Soon! (To Sing to You) (Notification) 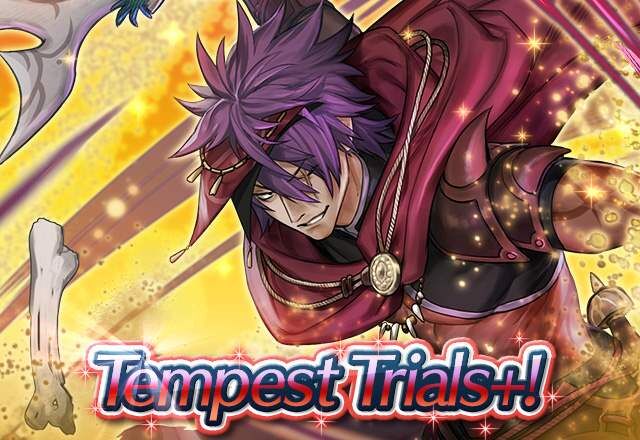 Tempest Trials+: To Sing to You will soon begin!

The score required to earn each of the rewards is as follows:


Tap More for additional information about this event.

More >
What Are Tempest Trials+?


This is a special event where you challenge a series of high-difficulty maps. Clear them repeatedly, and you can increase your score. You can get special rewards based on your total score during the event period.

How to Play Tempest Trials+

In Tempest Trials, there are several difficulties to select from. Each difficulty not only changes the strength of enemies, but also offers a different number of maps. Select the difficulty level that best suits your allies.

For those who are unsure about which difficulty to choose, there is a function that displays a recommendation. 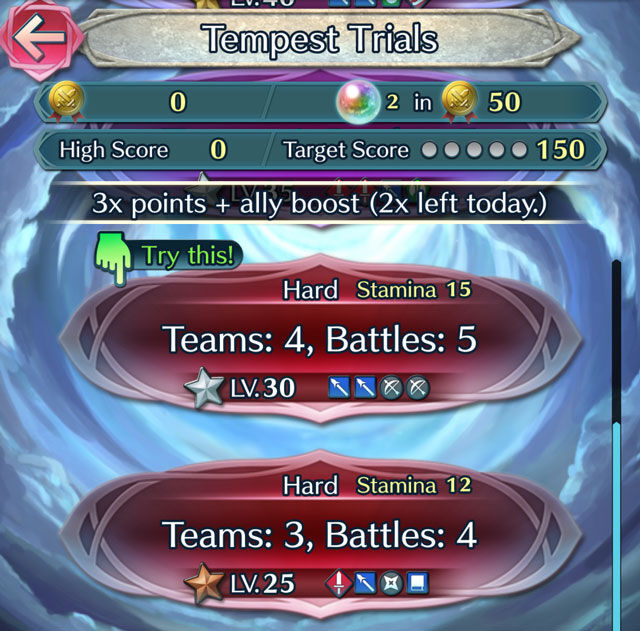 If you can clear the final map, you will receive a score based on your overall completion.

The score will increase for the number of maps cleared, your speed, and ally survival.

Even if all of your teams are defeated, you can earn a score based on the number of maps cleared up to that point. 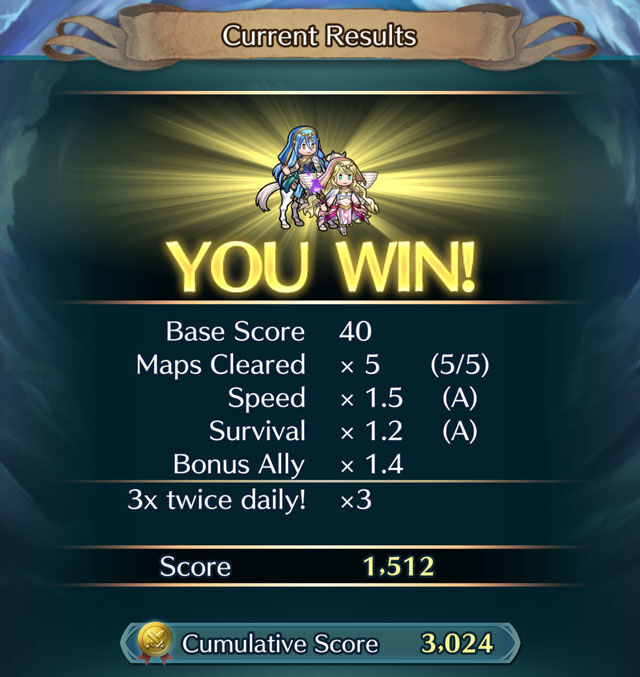 Continue to clear maps, and your score will increase! You can receive rewards based on your cumulative score.

You can also receive a ranking based on your cumulative score! Even more rewards will be given out based on score, so aim for the highest ranks. 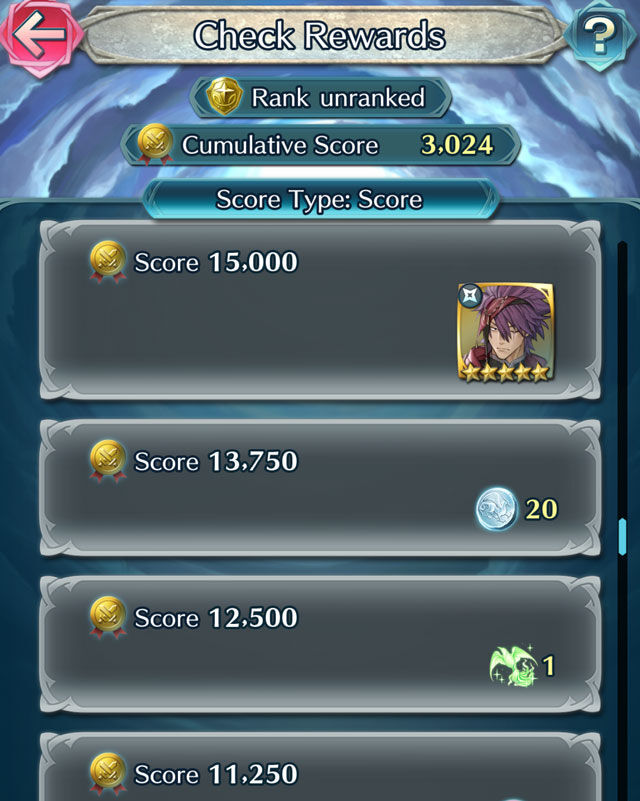 A skilled mercenary who once came to Celica's


aid. Having been invited to the Hatari festival,
he decided he would see it for himself. Appears
in Fire Emblem Echoes: Shadows of Valentia.

Bone Carver+
Mt: 12 Range: 2
At start of combat, if unit's HP ≥ 25%, grants
Atk/Spd+5 to unit during combat, and also, if
unit attacked, deals 7 damage to target and
foes within 2 spaces of target after combat.
Effect:【Dagger ７】

Spd/Def Snag 3
If a movement Assist skill (like Reposition,
Shove, Pivot, etc.) is used by unit or targets
unit, inflicts Spd/Def-6 on nearest foes within
4 spaces of both unit and targeted ally through
their next action.
Cannot use:

"I was told I must wear this outfit to participate in the festival. It wouldn't be my first choice of attire..."

You'll earn a score bonus if your bonus ally goes into battle at least once.

Also, the bonus allies you use will receive a boost to their HP and stats, making them even better! Their earned experience and SP will also double, so it's a great chance to build them up.

You can triple your score twice a day!

Heroes other than bonus allies will also receive a boost to their HP and stats! Their earned experience and SP will also double, so it's a great chance to build them up as well!

If all of the allies on your team are defeated, you can immediately make a new team of allies and try the map again. However, be aware that the allies that were defeated will not be able to be used again until either the last map is cleared or all your teams have been defeated and you try again.

Try your best to come up with strategies that will allow you to advance without sacrificing your allies. Be aware that your allies will continue to the next map in the set with the same HP and cooldown as when they finished the previous map. You may need to switch up the tactics you've been using up till now!

■ It's a Battle of Attrition!

If you attempt a map again with a different team, the enemies defeated by your previous team will not reappear.

Any surviving enemies will carry over the HP they had before, and their Special cooldown will reset. This makes it a little bit easier to defeat them.

Even if you don't have the advantage, try to whittle the enemy down as much as possible and make things easier for the next team!

Notes:
・ If an enemy's HP was reduced in a previous battle, the enemy's HP will be the lower of these two options: max HP reduced by 20% or the amount of HP remaining after the end of the previous battle.
・ Rank rewards can be claimed by selecting Events and then Tempest Trials after the event.
・ It will be a few hours after the event is completed before rewards can be claimed.
・ If multiple bonus allies are deployed, the effects of the bonuses will not stack.

I hear that boomerang-shaped knife Deen's wielding is made from bone!