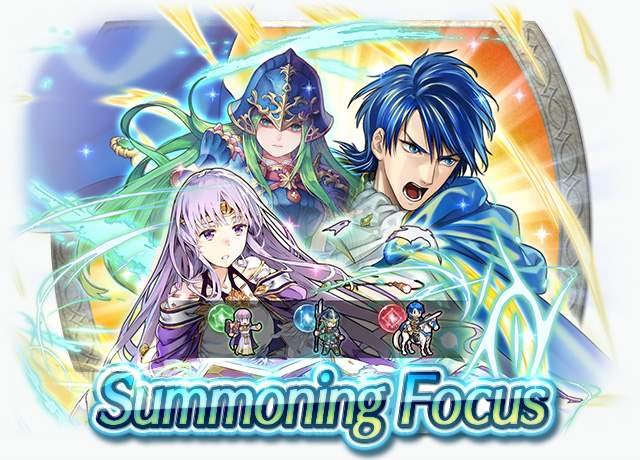 
Heir to Chalphy, descendant of the crusader
Baldr, and Seliph's father. He's courageous
and has a strong sense of justice. Appears in
Fire Emblem: Genealogy of the Holy War.

Divine Tyrfing
Mt: 16 Range: 1
Grants Res+3. Reduces damage from magic foe's
first attack by 50%.
This skill can only be equipped by its original unit.

Crusader's Ward
If unit receives consecutive attacks and foe's
Range = 2, reduces damage from foe's second
attack onward by 80%. (Skill cannot be inherited.)
This skill can only be equipped by its original unit.

Spd Smoke 3
Inflicts Spd-7 on foes within 2 spaces of target
through their next actions after combat.
Cannot use:

"I love Deirdre—so much so that even were my love for her a crime, I would continue to love her without regret."

Inheritor of the Book of Naga. Seliph's
half sister by a different father. Gentle, yet
faces her destiny with strength. Appears in
Fire Emblem: Genealogy of the Holy War.

Naga
Mt: 14 Range: 2
Effective against dragon foes. If foe initiates
combat, grants Def/Res+2 during combat.
This skill can only be equipped by its original unit.


A militia member from the Crimean countryside.
Since she's quiet, people think she's shy, but...
Appears in Fire Emblem: Path of Radiance.

Dauntless Lance
Mt: 16 Range: 1
Accelerates Special trigger (cooldown count-1).
Effective against armored foes.
This skill can only be equipped by its original unit.