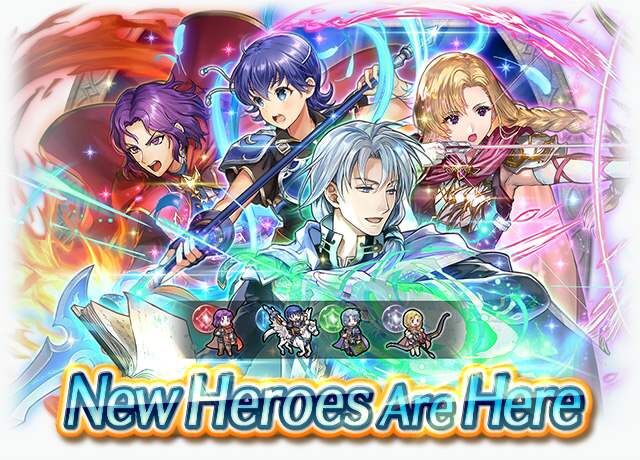 New Heroes from the Fire Emblem: The Blazing Blade game are here!

Farina: The Great Wing, Louise: Lady of Violets, Pent: Mage General, and Erk: Studious Mage are available as part of a 5★ summoning focus!

Note: When you finish a summoning session after having summoned a total of 40 or more times in this summoning event, you will be able to choose one 5★ focus Hero to summon for free for your next summon by tapping the Free 5★ Summon button. You will also receive a 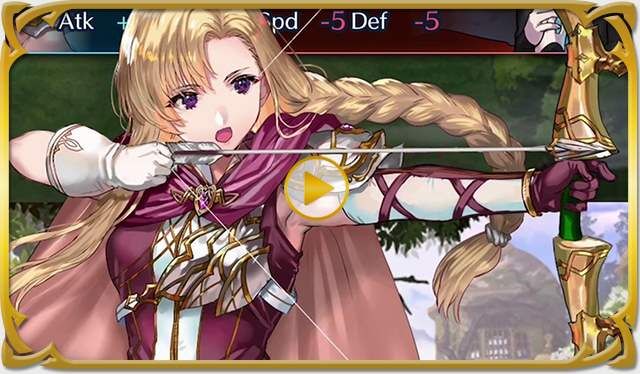 
Count Reglay. Husband of Louise and leader of
Etruria's most prominent noble house. Known
to all as a seeker of magical knowledge.
Appears in Fire Emblem: The Blazing Blade.

Tome of Reglay
Mt: 14 Range: 2
Grants Atk+3. At start of turn, grants Special
cooldown count-1 to any magic allies within
two spaces of unit (including unit) that has their
Special cooldown count at its maximum value.
At start of combat, if foe's HP ≥ 75%, grants
Atk/Spd+6 to unit during combat.
This skill can only be equipped by its original unit.

Lull Atk/Res 3
Inflicts Atk/Res-3 on foe and neutralizes foe's
bonuses to Atk/Res (from skills like Fortify,
Rally, etc.) during combat.
Cannot use:

"This is the first time I've seen any of these texts! This castle's library is a trove. I could peruse forever!"


Wife of Pent, Count Reglay of Etruria. Said
to have caught the eye of many an admirer
with her dazzling beauty and impeccable aim.
Appears in Fire Emblem: The Blazing Blade.

Atk/Spd Oath 3
At start of turn, if unit is adjacent to an ally,
grants Atk/Spd+5 to unit for 1 turn.
Cannot use:

"Please, call me Louise. It would make me happy if you could see me not as a noble or commoner, but as a peer."


An Ilian pegasus knight; younger sister to Fiora
and older sister to Florina. Her pragmatic
worldview can sometimes border on avarice.
Appears in Fire Emblem: The Blazing Blade.

At start of combat, if unit's HP ≥ 25% and the
unit has been enhanced using Dragonflowers
three or more times, neutralizes foe's bonuses
(from skills like Fortify, Rally, etc.)
during combat.
This skill can only be equipped by its original unit.

【Penalty】
All effects that last "on foe through its next
action." Includes penalties inflicted by a skill
like Panic or Threaten and negative status
effects (preventing counterattacks, restricting
movement, or the effects of a skill like
Triangle Adept or Guard).

Atk/Spd Snag 3
If a movement Assist skill (like Reposition,
Shove, Pivot, etc.) is used by unit or targets
unit, inflicts Atk/Spd-6 on nearest foes within
4 spaces of both unit and target through their
next actions.
Cannot use:

Atk/Def Rein 3
Inflicts Atk/Def-4 on foes within 2 spaces
during combat.
Cannot use:


Ward and student of Pent, Mage General of
Etruria. Feels a great debt of gratitude to his
foster family for raising him. Appears in Fire
Emblem: The Blazing Blade.

Spd/Res Solo 3
If unit is not adjacent to an ally, grants
Spd/Res+6 during combat.

Spd Opening 3
At start of turn, grants Spd+6 to ally with the
highest Spd for 1 turn. (Excludes unit.)

"I am Erk. I am to be my teacher's ideal student."

Pent and Louise are a married couple who get along together fantastically.