As the name implies, your deployment options will be restricted in these battles, forcing you to rethink your approach. For example, you may only be able to use Heroes from certain games in the Fire Emblem series.

These battles are worth the extra effort though! By taking on these battles, you can earn rewards such as Hero Feathers and Divine Codes (Part 2) by clearing them for the first time.

Starting 2021-09-13T07:00:00Z, one battle will become available each day over a period of five days. Be sure to test your tactical might and clear them all by the end!

More >
■ What Are Limited Hero Battles?

As the name implies, your deployment options will be restricted in these battles, forcing you to rethink your approach. For example, you may have to deploy lesser-used Heroes who are not part of your standard lineup, or be prevented from deploying Heroes with certain skills that you may rely on in your strategies.

■ What Kind of Deployment Restrictions Are There?

In Limited Hero Battles, you may be forced to deploy Heroes from certain games in the Fire Emblem series, such as

Fire Emblem: The Sacred Stones. Take a good look at the battle description screen to see who you have to work with! 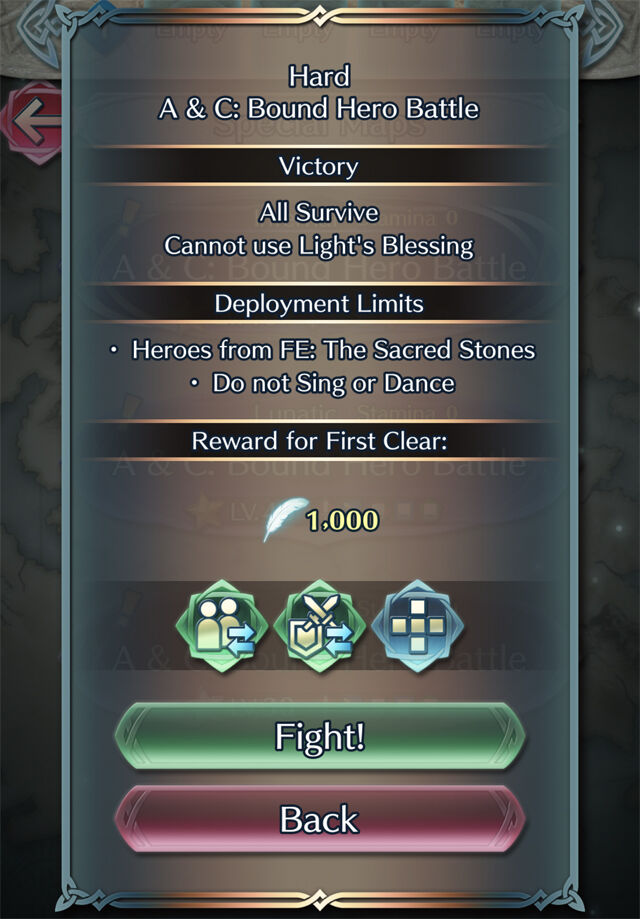 To help you see who in your roster is eligible for each battle, you can use the filter feature on the Edit Teams screen. Here's a tip: If you tap the Edit Teams button directly from the battle's description screen, then the game will automatically assign the proper filter for you! Heroes that can be deployed in the battle will be indicated with a pink check mark. 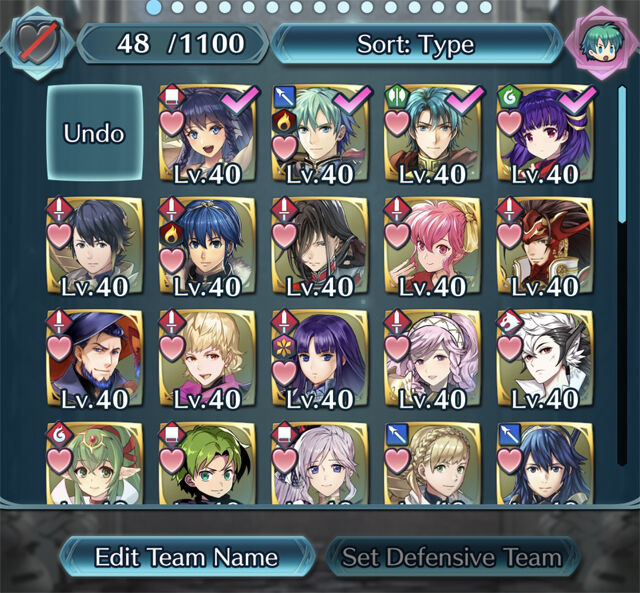 You can include multiples of the same Hero on your team, or even deploy with three or fewer Heroes for an extra challenge.

Heroes from the same game should already be used to working together!

■ What Are the First-Clear Rewards?

You can earn rewards such as Hero Feathers and Divine Codes (Part 2) by clearing these battles for the first time. Attempt these battles at various difficulties to reap the rewards!