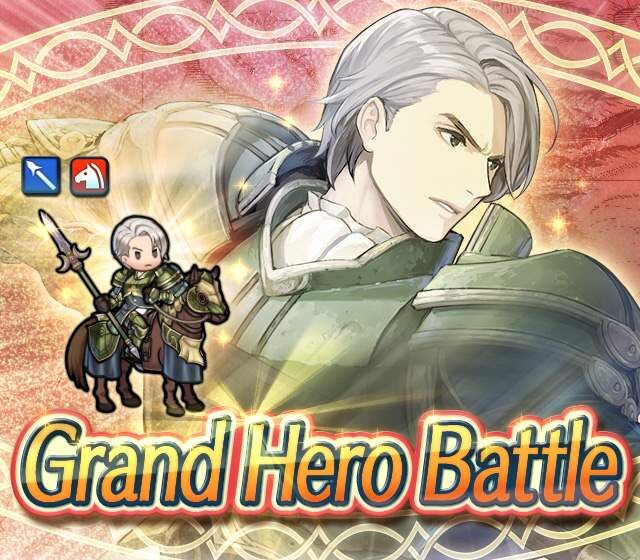 From the Fire Emblem Echoes: Shadows of Valentia game, the Grand Hero Fernand: Traitorous Knight is here in Special Maps!

Defeat the knight who defected to the Rigelian Empire to make him your ally!


A noble of Zofia and part of the Deliverance
until leaving to serve under Berkut. Appears in
Fire Emblem Echoes: Shadows of Valentia.

Blazing Thunder
Cooldown: 4
Before combat this unit initiates, foes
in an area near target take damage equal
to 1.5 x (unit's Atk minus foe's Def or Res).
Cannot use:

Threat. Atk/Def 2
At start of turn, inflicts Atk/Def-4 on foes within
2 spaces through their next actions.

"I am Fernand, and my fealty is earned, not given. You have a lot of work ahead of you, 'Summoner.'"

He's a knight of the military superpower Rigel! Don't let your guard down!