This may be a bit redundant, but I think it would be nice and useful if there was a rarity chart, a summoning list. I made a very rough draft, using the the Tier List as a template. I just uploaded it, so hopefully it's somewhere around here. 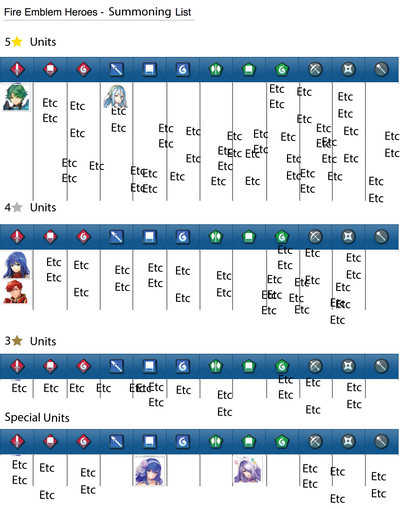 It seems that the scripts used to produce tables for the 2017 orb data have stopped working causing the only visible content in the oldest sections to be:

"The time allocated for running scripts has expired"

Is that data lost or is that just a function of how the page has been formatted?