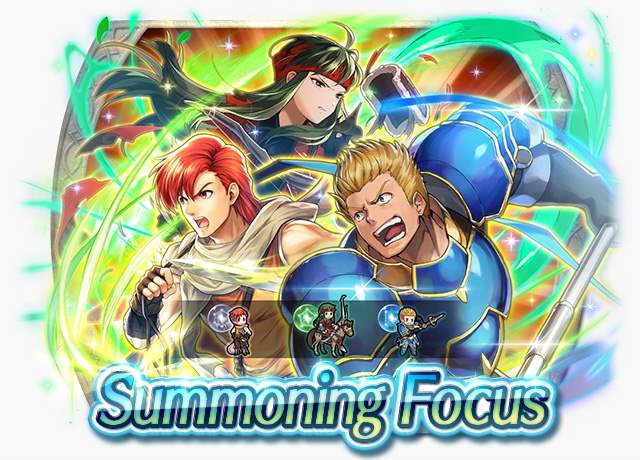 Three Heroes with the Moonbow skill are available as part of a 5★ summoning focus!

Heroes with Moonbow treat their foe's Def/Res stats as if they were reduced by 30% during combat.


A reformed thief who takes the War of Shadows
as a chance to atone for his crimes. Lives and
works in a convent with Sister Lena. Appears
in Fire Emblem: Mystery of the Emblem.

Close Foil
If sword, lance, axe, bow, dagger, or beast foe
initiates combat, grants Atk/Def+5 to unit during
combat and unit can counterattack regardless
of foe's range.
Cannot use:

Lull Atk/Spd 3
Inflicts Atk/Spd-3 on foe and neutralizes foe's
bonuses to Atk/Spd (from skills like Fortify,
Rally, etc.) during combat.
Cannot use:

"A little turn of the lock like that and...it's open! Even though I quit thieving for Lena's sake, I can't get rusty."


A knight with the Greil Mercenaries. Easily
excited, he flirts with women at every turn
but suffers rejection just as often. Appears
in Fire Emblem: Path of Radiance.

Crafty Fighter 3
If unit's HP ≥ 25% and foe initiates combat,
unit makes a guaranteed follow-up attack
and inflicts Special cooldown charge -1 on
foe per attack. (Only highest value applied.
Does not stack.)
Cannot use:

"Shinon said I should polish my armor until I can see my face in it. Man, it's hard work looking cool for the ladies!"


Granddaughter of Dayan, the Silver Wolf, leader
of the Kutolah tribe. She hears the voices of the
sky and earth and lives in harmony with nature.
Appears in Fire Emblem: The Binding Blade.

Quick Mulagir
Mt: 14 Range: 2
Effective against flying foes. If unit initiates
combat or is within 2 spaces of an ally,
grants Atk/Spd+5 to unit during combat,
and also, if unit's Spd ≥ foe's Spd+5, foe
cannot counterattack.
This skill can only be equipped by its original unit.

Chill Def 3
At start of turn, inflicts Def-7 on foe
on the enemy team with the highest
Def through its next action.

Hone Spd 4
At start of turn, grants Spd+7 to adjacent allies for
1 turn.

"I was looking at the stars. The sky here is not that of Sacae, but still, it calms my heart."

This Special has a short cooldown count, so these Heroes can add extra Special damage to their attacks more often!