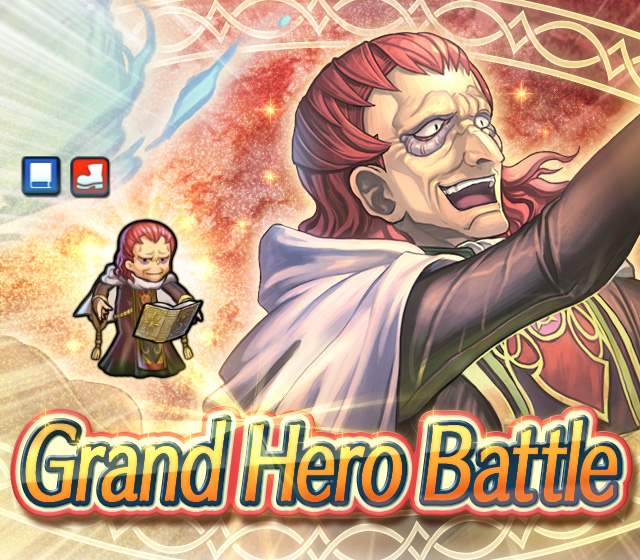 The second of the celebratory Grand Hero Battle Revivals is Riev: Blood Beryl! Available only for two days!

Be sure to try the limited-time quests as well!


A heretical priest shrouded in mystery. As one
of Grado's six generals, he is known by the
name Blood Beryl. Appears in Fire Emblem:
The Sacred Stones.

Argent Aura
Mt: 14 Range: 2
Accelerates Special trigger (cooldown count-1).
At start of turn, inflicts Atk/Spd/Def/Res-5 and
【Stall】on foes on the enemy team with
the lowest Spd and any foes within 2 spaces
of those foes. At start of combat, if foe's HP
≥ 75%, grants Atk/Res+6 to unit during combat.

【Stall】
If unit has "unit can move 1 extra space,"
converts that effect into "restricts movement
to 1 space" through its next action.

Savage Blow 3
If unit initiates combat, deals 7 damage to foes
within 2 spaces of target after combat.

"Heh heh heh... You desire my power? You had best be prepared to pay the price..."

Not only is he a skilled magic user, he's also a talented tactician! Be careful out there!